He grew up playing jazz guitar, then spent a decade in different bands you haven’t heard of playing 3-band-a-night shows in Portland, New York, and Seattle.

Mike has helped build a fair amount of different studios, He first met Justin Phelps and Jordan Richter when Cloud City Sound was started in the Super Digital building in the Pearl District. Then, he took a two year stint in Brooklyn, NY with Jordan Richter starting a new studio with a little help from Eric Amble (Joan Jett and the Black Hearts).

After dropping all the names he could think of, (see artist list) he moved to Seattle to work with some old friends and ended up making a record with Jackson Hang Glider at Elliott Bay Recording. Mike engineered for a few artists out of Elliott Bay Recording during this time. While making Shiny and Jangly with Jackson Hang Glider, The Hallowed Halls Studios became a reality and Mike moved back to Portland to wire the studio and to continue hitting 3 (recording) for some amazing artists.

He considers himself lucky to be involved in a thriving music community in the Pacific Northwest and looks forward to making more music with friends old and new. 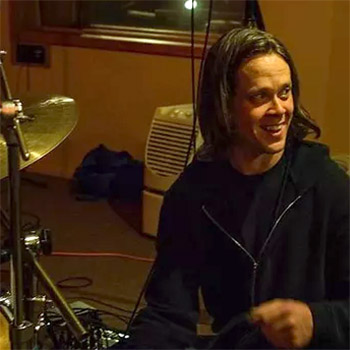 BACK TO ENGINEERS PAGE
CREDITS

BACK TO ENGINEERS PAGE
CREDITS

LEARN MORE
STAY UP TO DATE
with all the latest in Portland music, recording and events. Sign up to get our newsletter!